The landscape of JavaScript build tools and module bundlers is very dynamic at the moment. Developers experiment with new approaches. Some of them look very promising and already got traction in the community.

Hence, I thought that area of JavaScript ecosystem deserves a closer look at it. It would be interesting to capture a short period of time, Q1 2021, and see what were the dynamics, have look at the tools from different angles and see how they performed, compare them side by side.

I used the same approach and the same data sources as in other reports dedicated to JavaScript ecosystem.

Webpack is the oldest tool in the report (after Browserify), it is very mature and it holds the biggest number of GitHub stars, 58k stars in total. 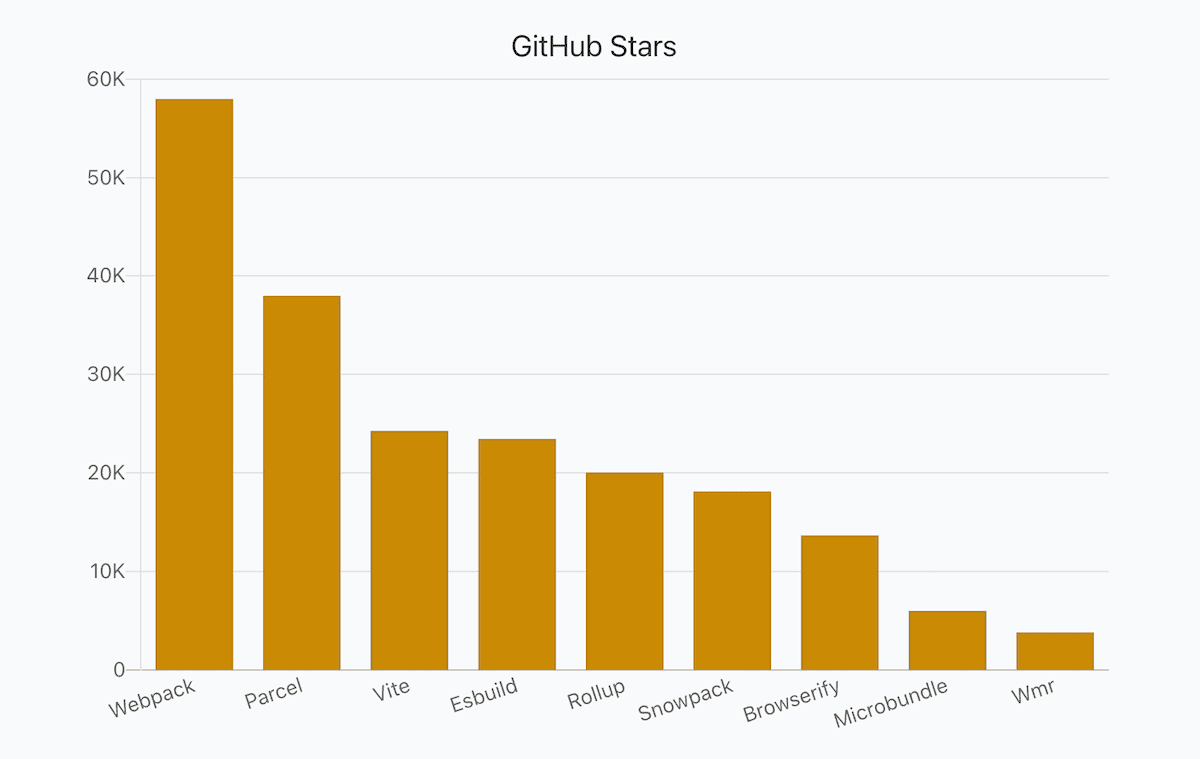 The situation changes quickly though and new tools gain popularity at lightning speed. Vite, a year-old project, has already acquired 24k stars and doesn't show any signs of slowing down - it obtained a phenomenal number of stars in Q1 2021, 9.4K stars. 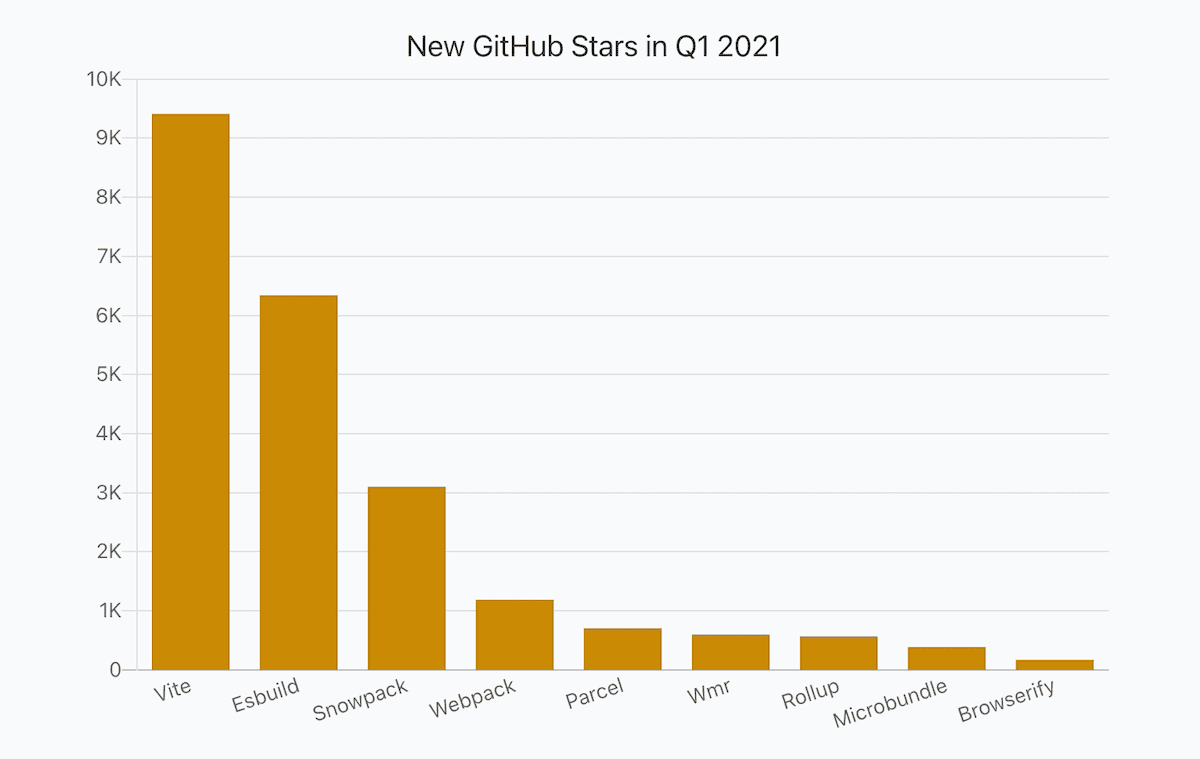 Vite is not only a leader in absolute growth (by GitHub stars), but it is also a leader in relative growth. It grew by 68% in Q1 2021. 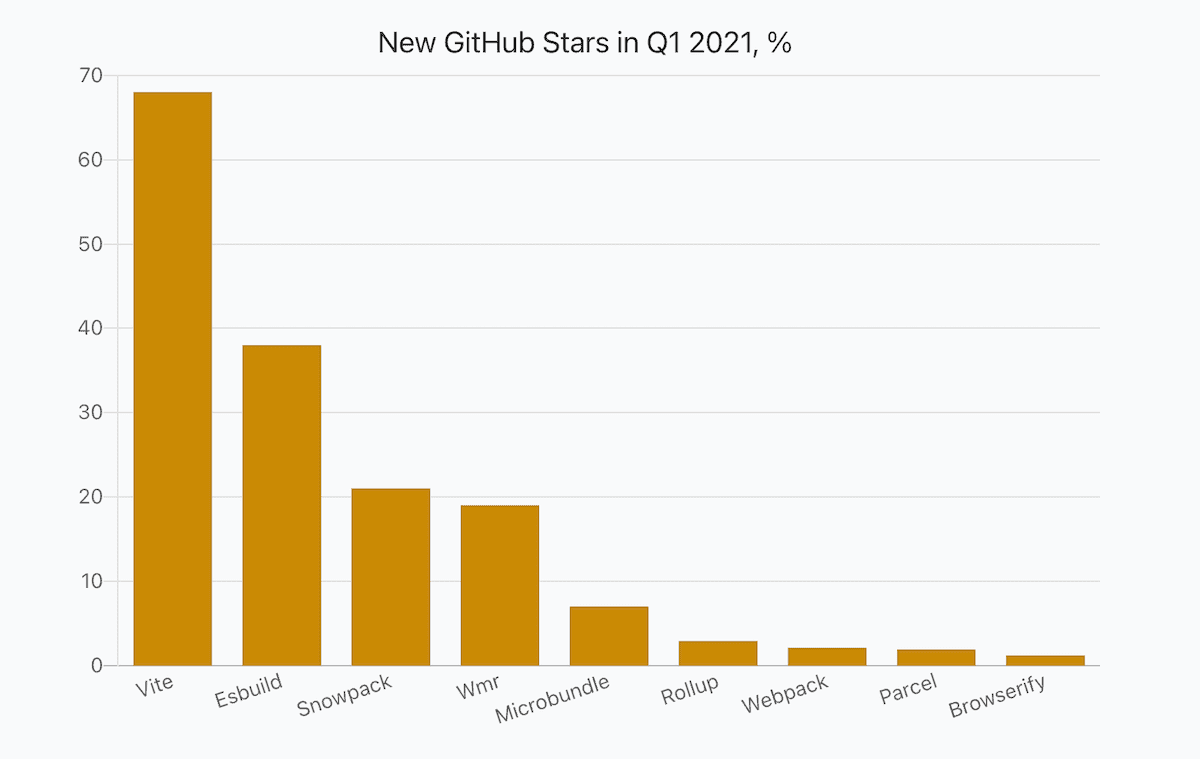 Webpack's 64M monthly downloads leave other libraries far away. It definitely is the most adopted tool so far. 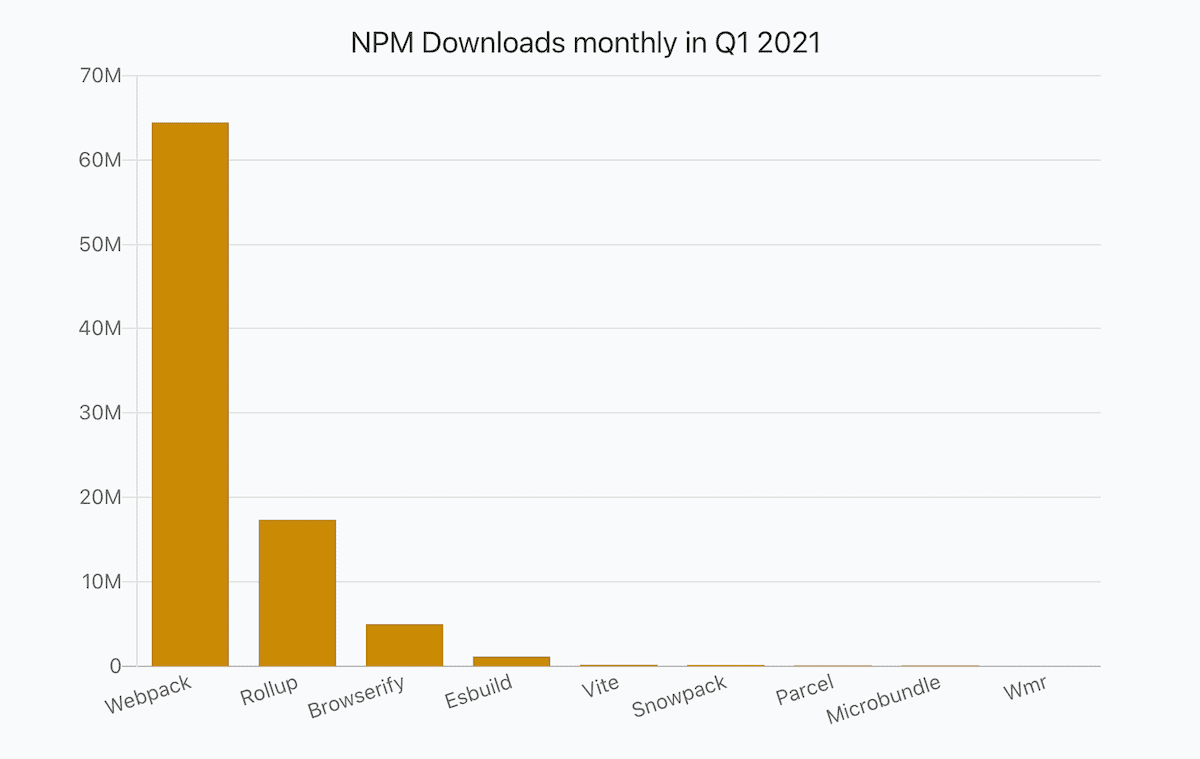 Snowpack showed a nice growth of 101% till 142K monthly downloads. 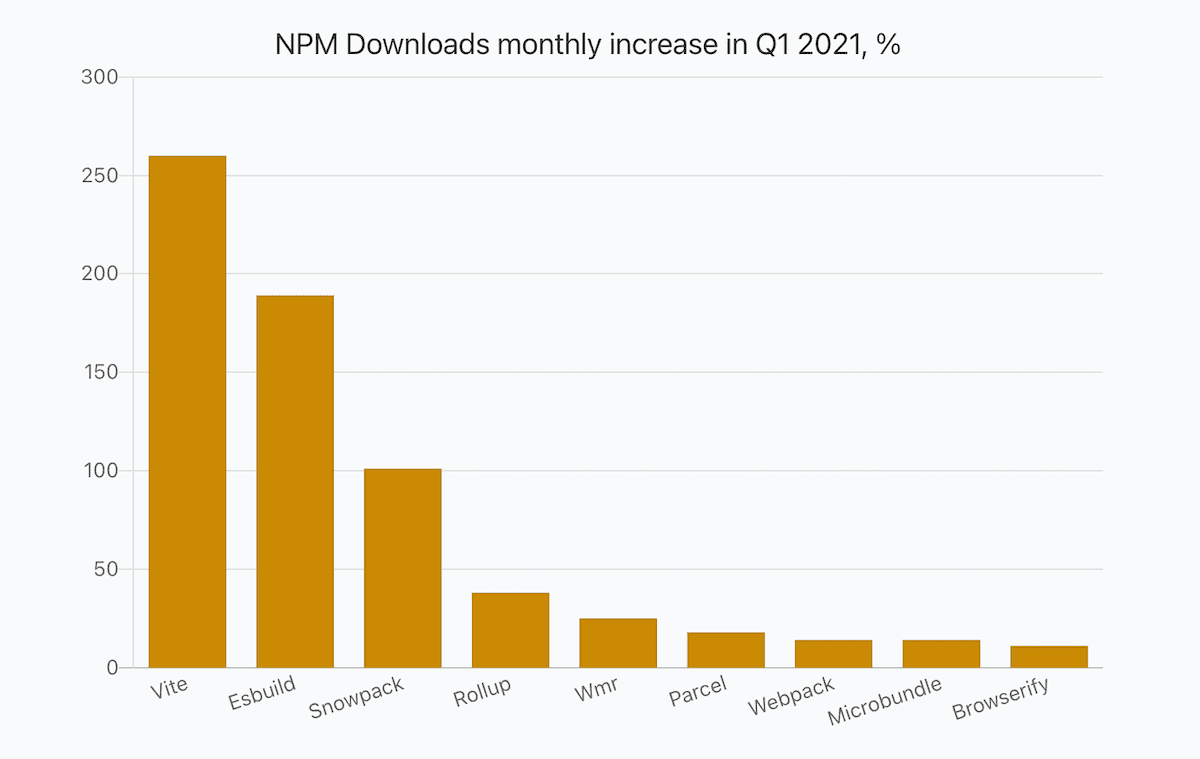 Vite is leading in almost every metric. The same with Development Activity metric. In Q1 2021 Vite got an astonishing amount of commits, 1002 commits, that is 11 commits per day on average. The commits came from 58 contributors. 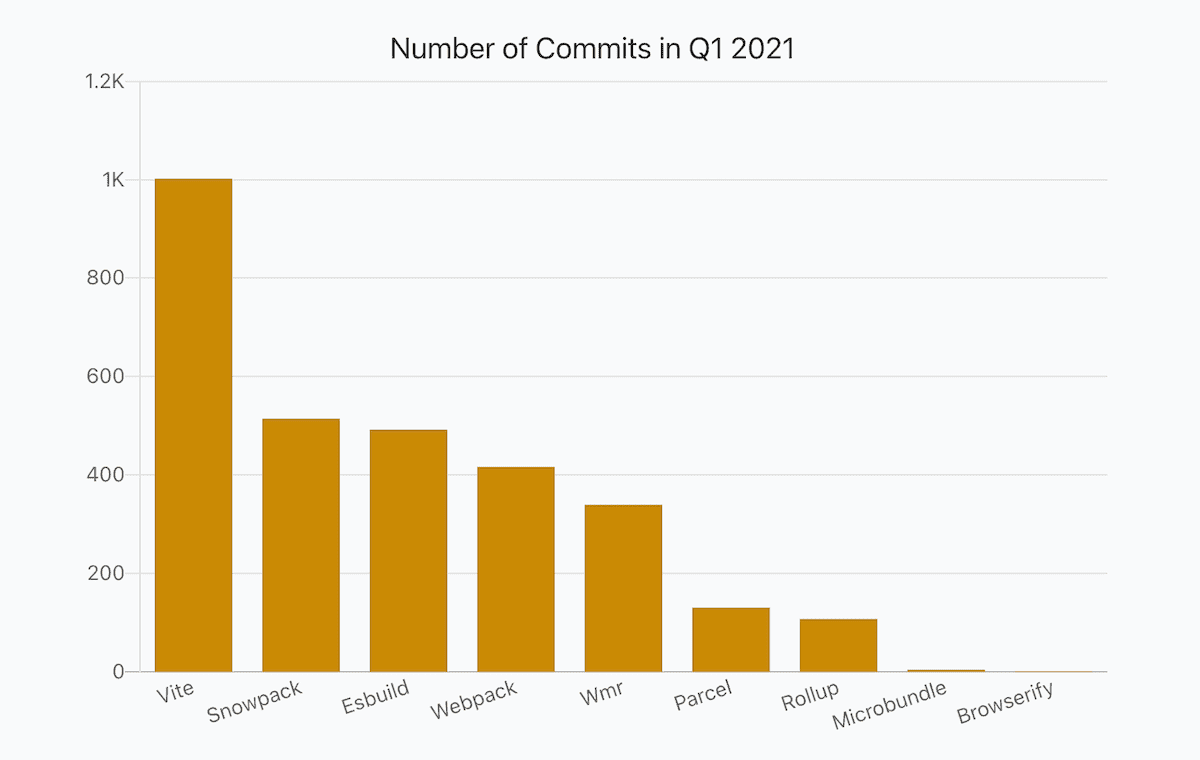 Esbuild on the other hand produced the biggest number of new versions - 43. 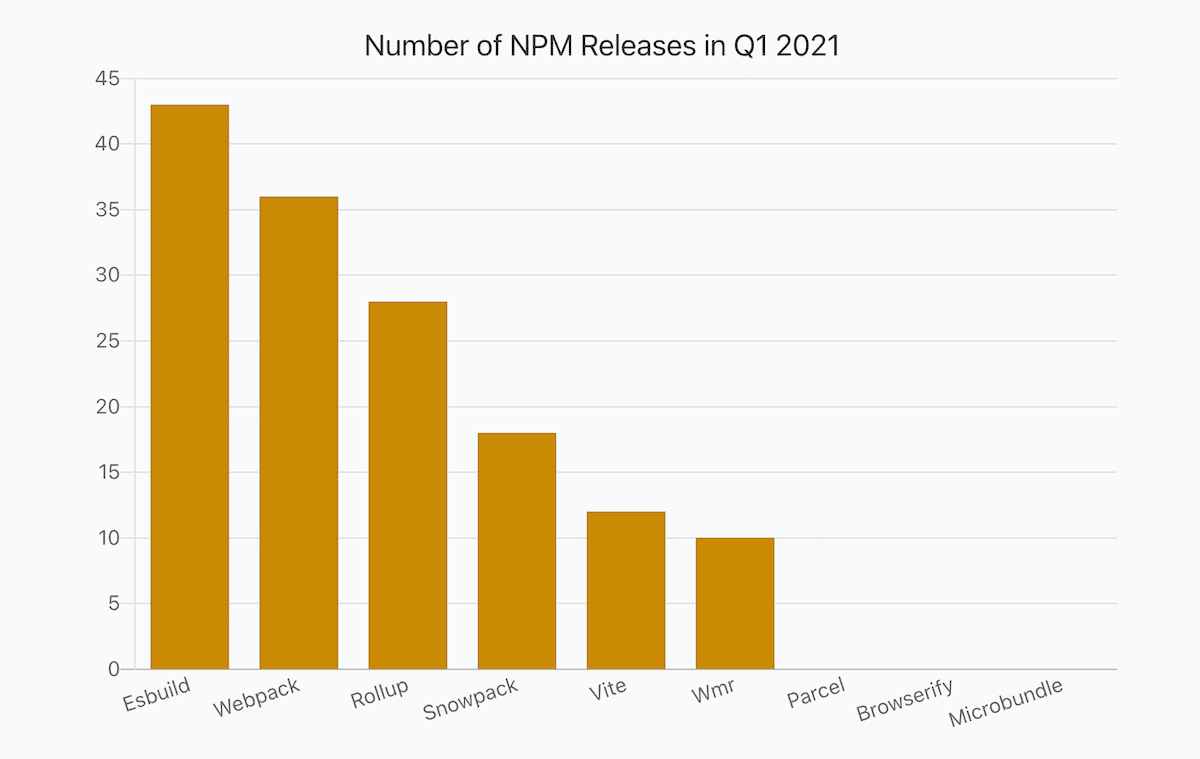 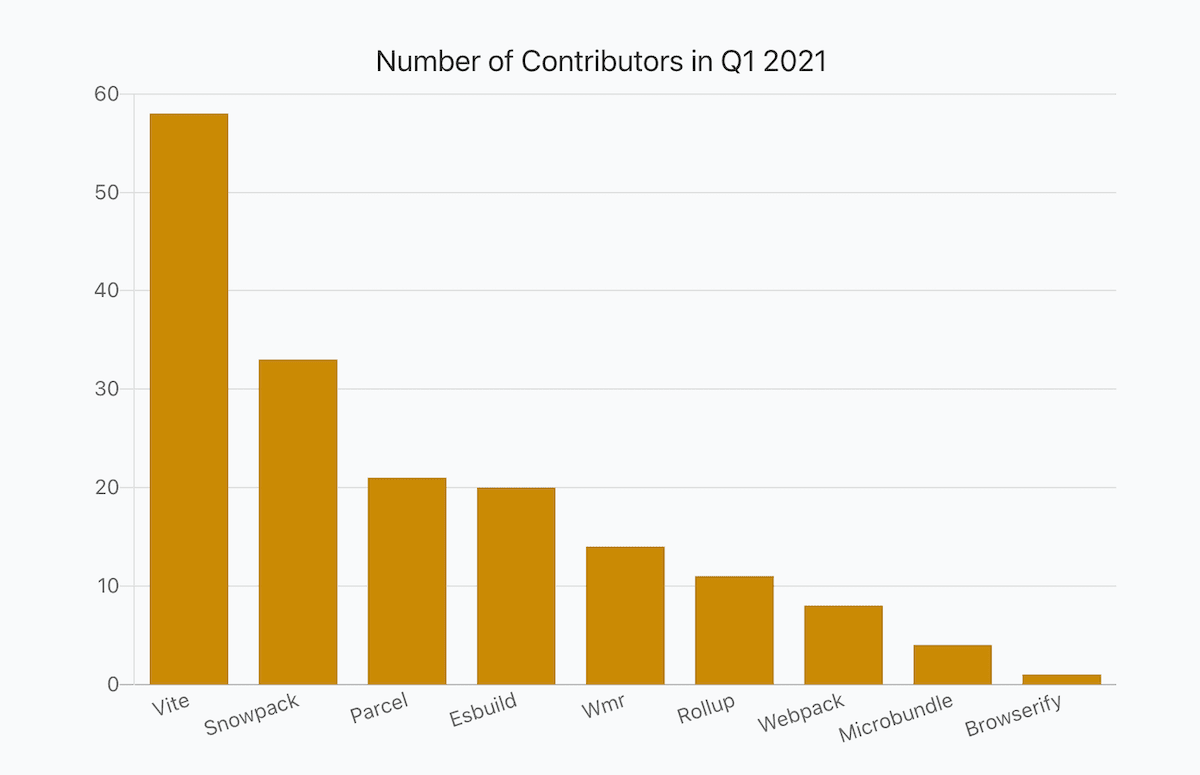 If you want to see a comparison of the tools in terms of functionality, I recommend reading this nice recently published article https://css-tricks.com/comparing-the-new-generation-of-build-tools/.