JavaScript developers are blessed - they have multiple different tools for End-to-end testing, they have many options to choose from.

Choosing is always betting. How to bet best? How can one know which tools are popular and trendy? Which tools are actively maintained?

I wanted to answer such questions and prepared a report covering Q1 2021 period. The report uses data aggregated from many different authoritive data sources, like ThoughtWorks and Snyk.

Maintained by the Chrome DevTools team Puppeteer is the most starred project in this report. It has 70K stars overall.

The new on the scene Playwright, which is maintained by Microsoft and is just a year-old project, goes third and possesses 23K stars. 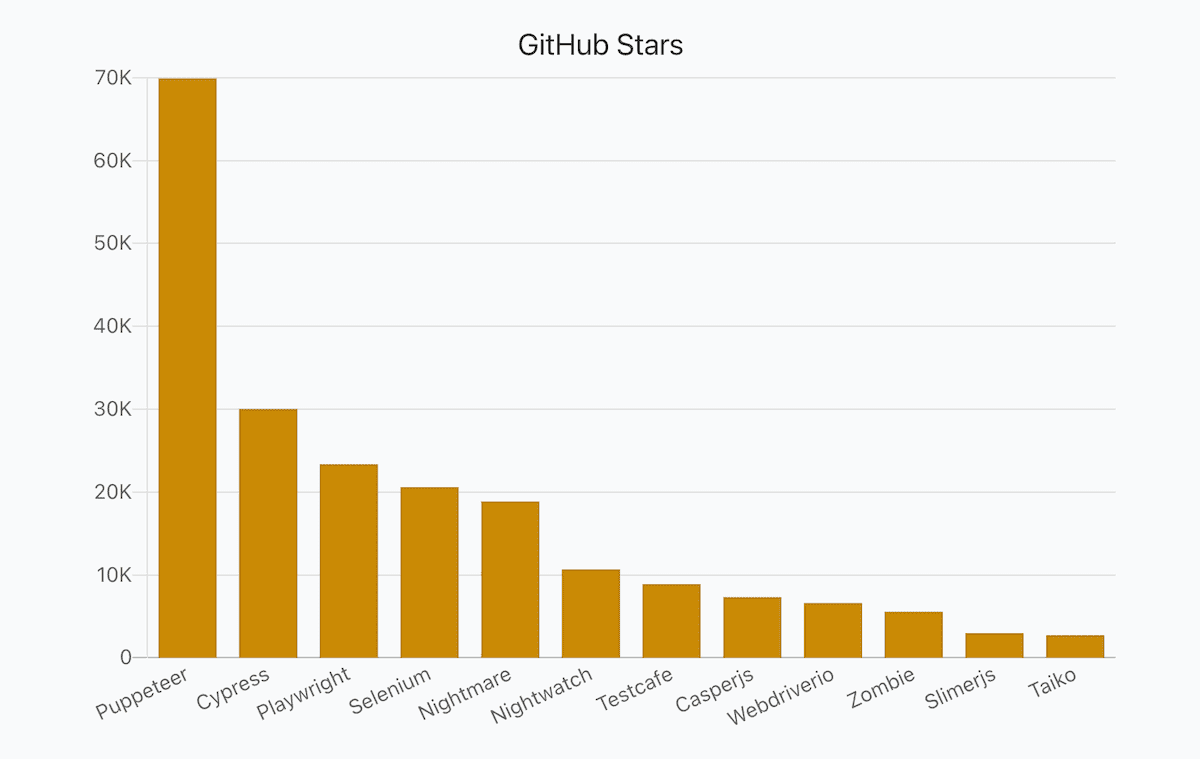 Playwright and Cypress gained the most number of stars in Q1 2021 - 3.2K and 2.9K stars respectively. 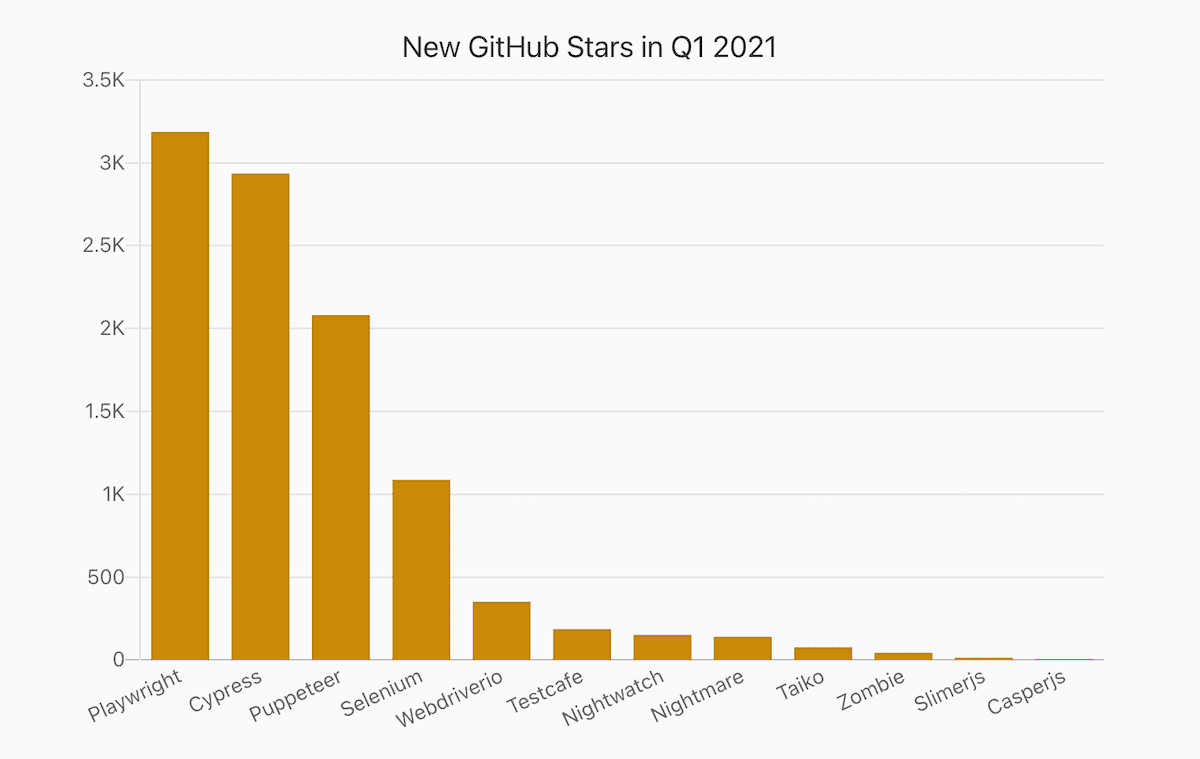 When looking at a relative growth, Playwright becomes a leader - it grew by 16% in Q1 2021. Cypress goes second with 11% of growth. 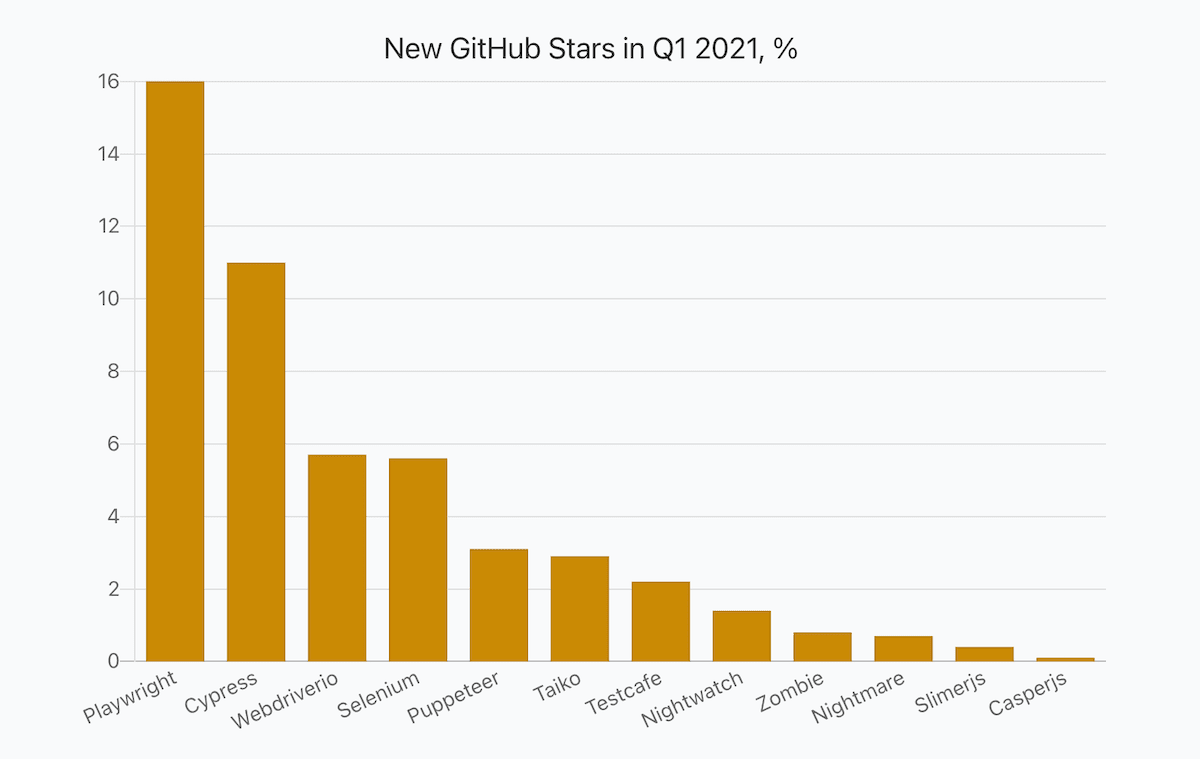 Surprisingly, when it comes to monthly downloads numbers, there is no much difference among the first three leaders.

Puppeteer, Cypress and Selenium had on average 8-9M monthly downloads in Q1 2021. 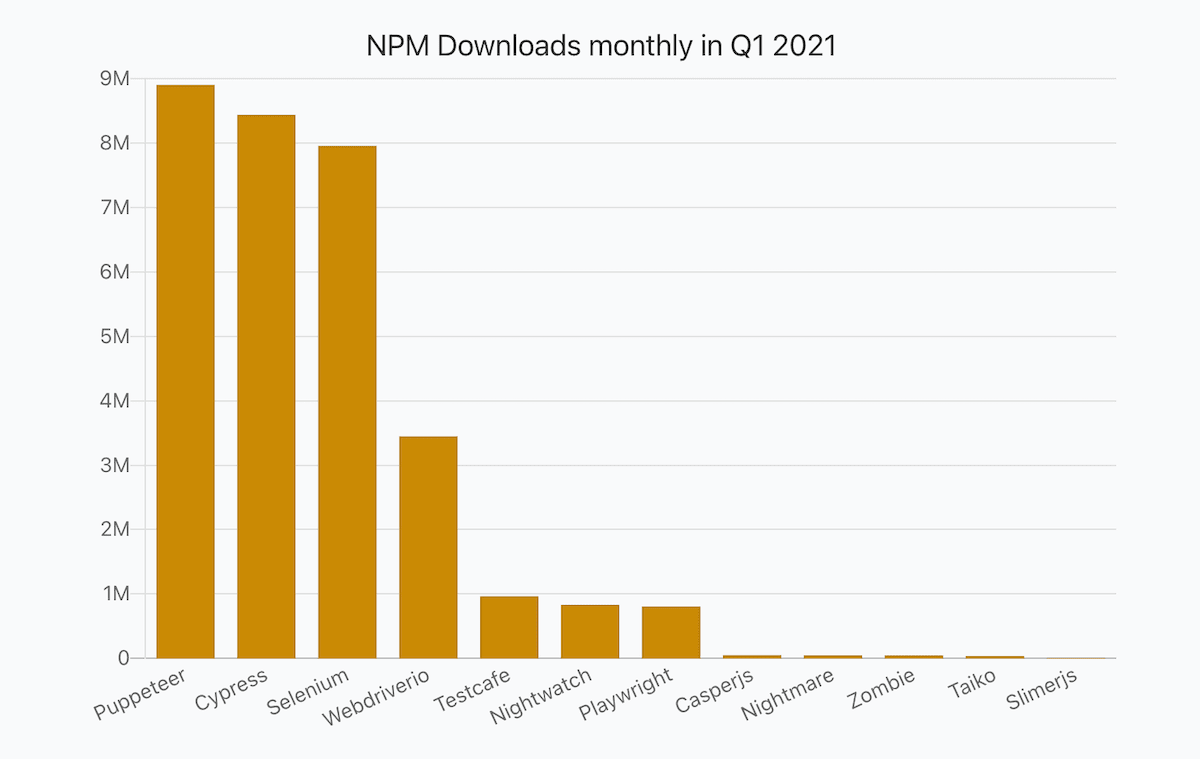 Playwright's monthly downloads increased by 56% (till 806K), which is the biggest increase among other tools.

Taiko and Casperjs also had a significant relative increase in npm downloads numbers - 39% and 31% respectively. But their absolute downloads numbers are much smaller - 39K and 59K (compared to Playwright's 806K).

Nightmare's downloads even decreased, most likely because the project seems to be abondoned and developers started migrating to other solutions. 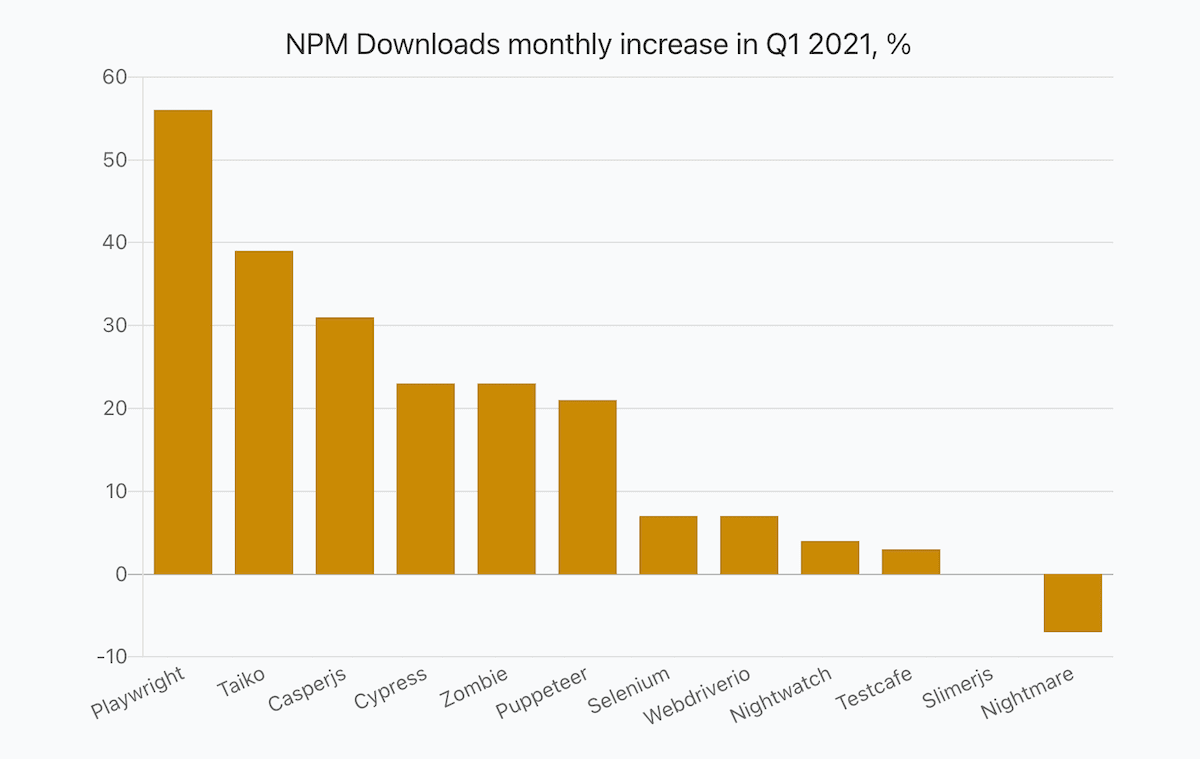 Most of the tools are in active development and had on average at least one commit per day.

Playwright, the leader here, got 702 commits which amounts to ~8 commits per day on average. 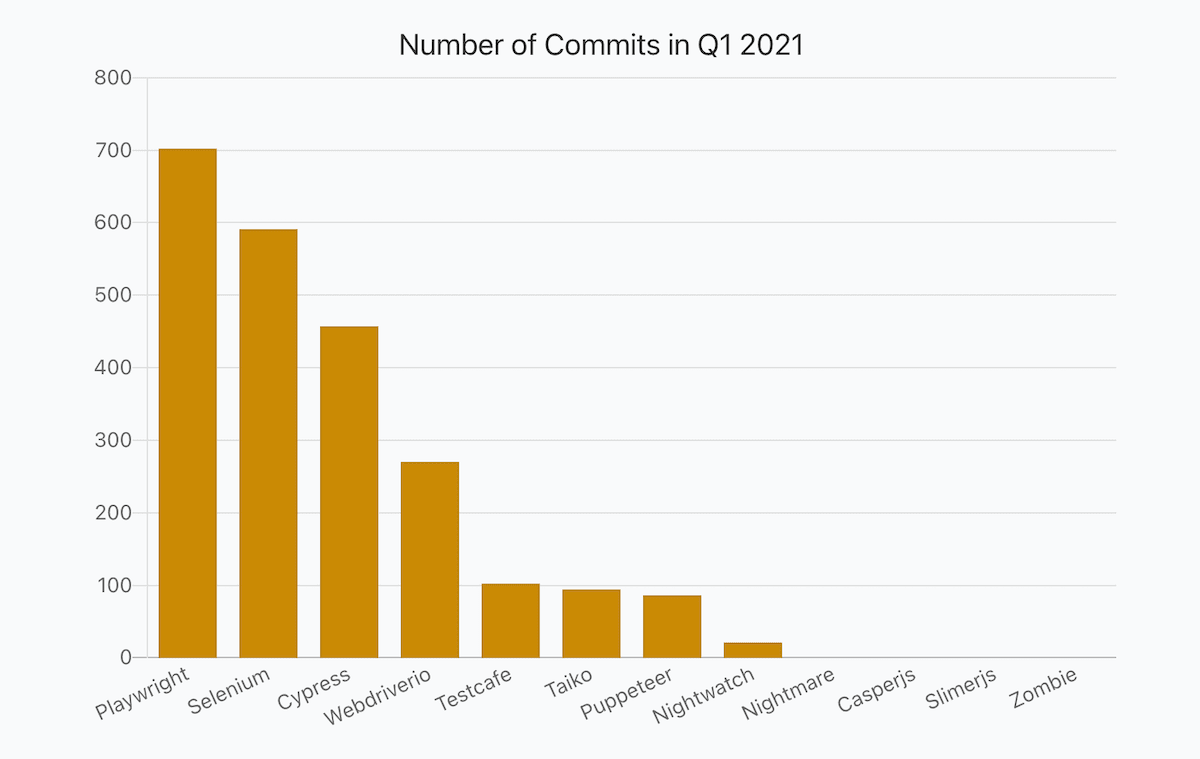 Webdriverio released 20 versions which is significantly more than any other project. 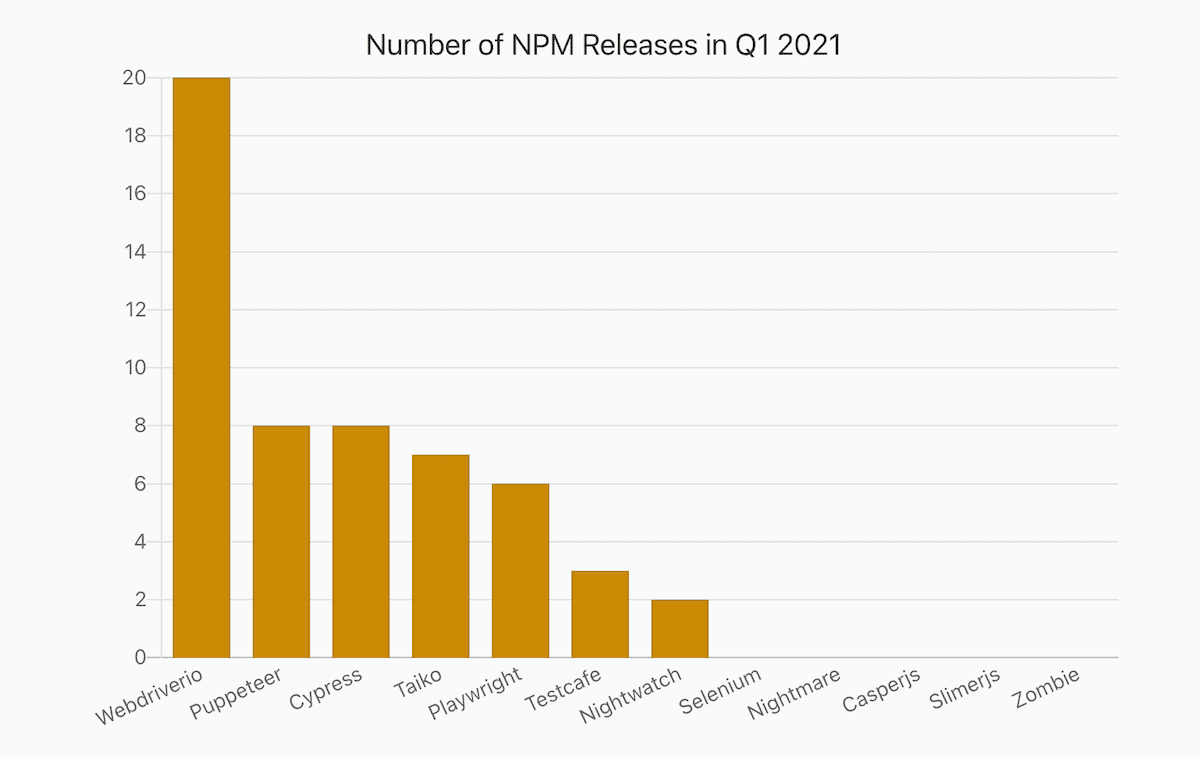 Cypress, Webdriverio, Puppeteer, and Playwright had 24-32 contributors which are very good numbers for any open-source project. 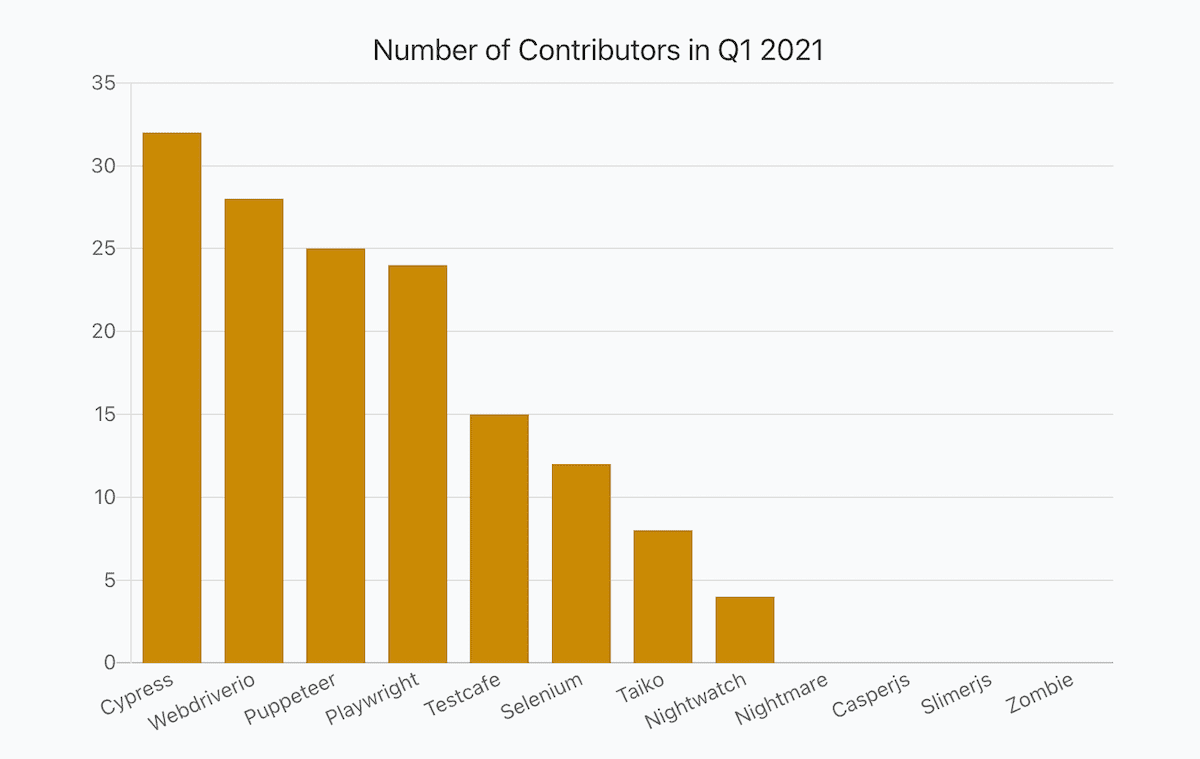