The first quarter of 2021 is already behind us and I thought why not to delight the public with the results of how JavaScript libraries performed in Q1 2021.

I used Moiva to collect all the interesting data and presented it in a table as well as in charts.

Hint: scroll horizontally to see values for all the frameworks.

Each frameworks has two links - Moiva and GitHub links. Use Moiva link to see more data about a particular framework, to see historical data and trends. 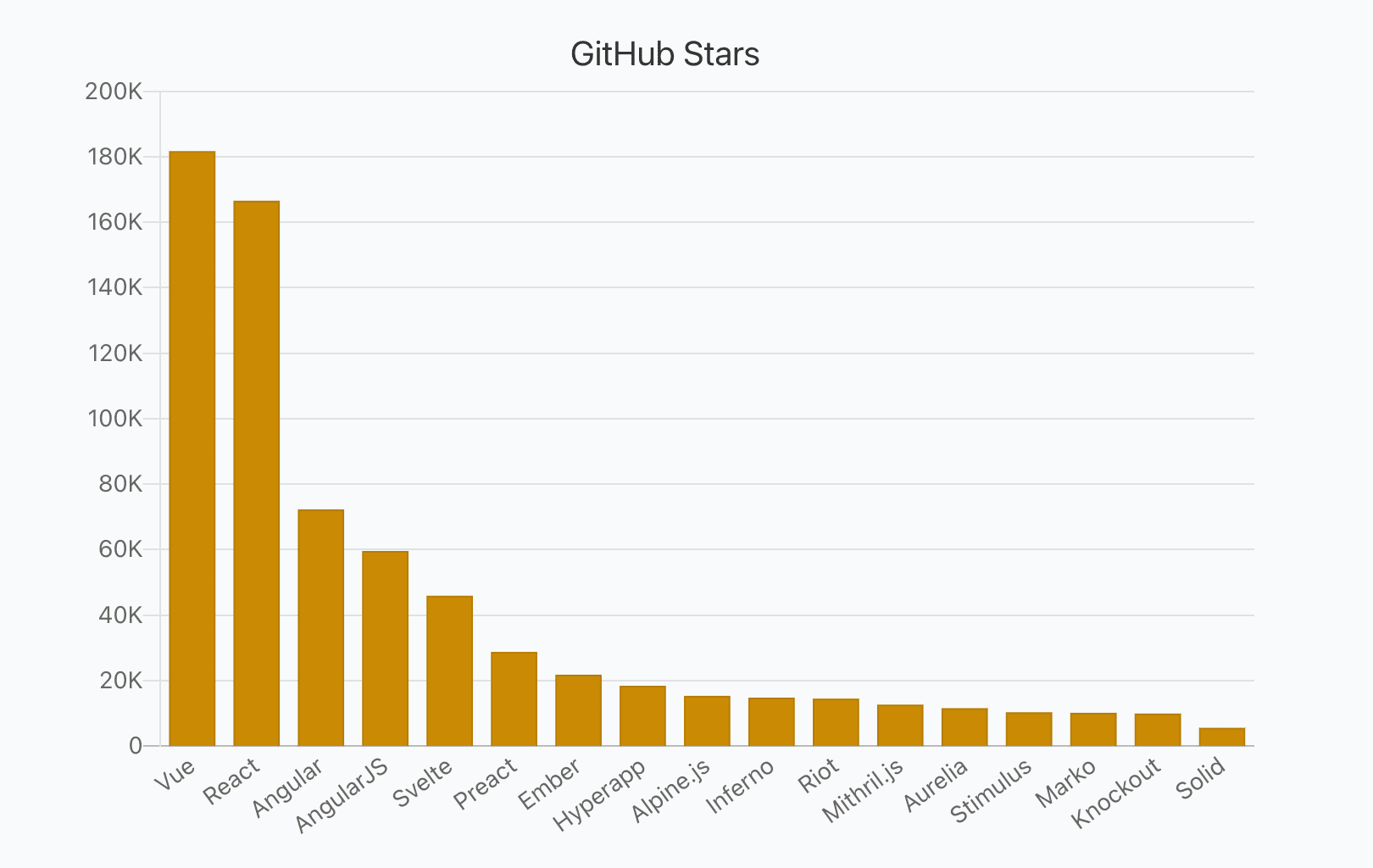 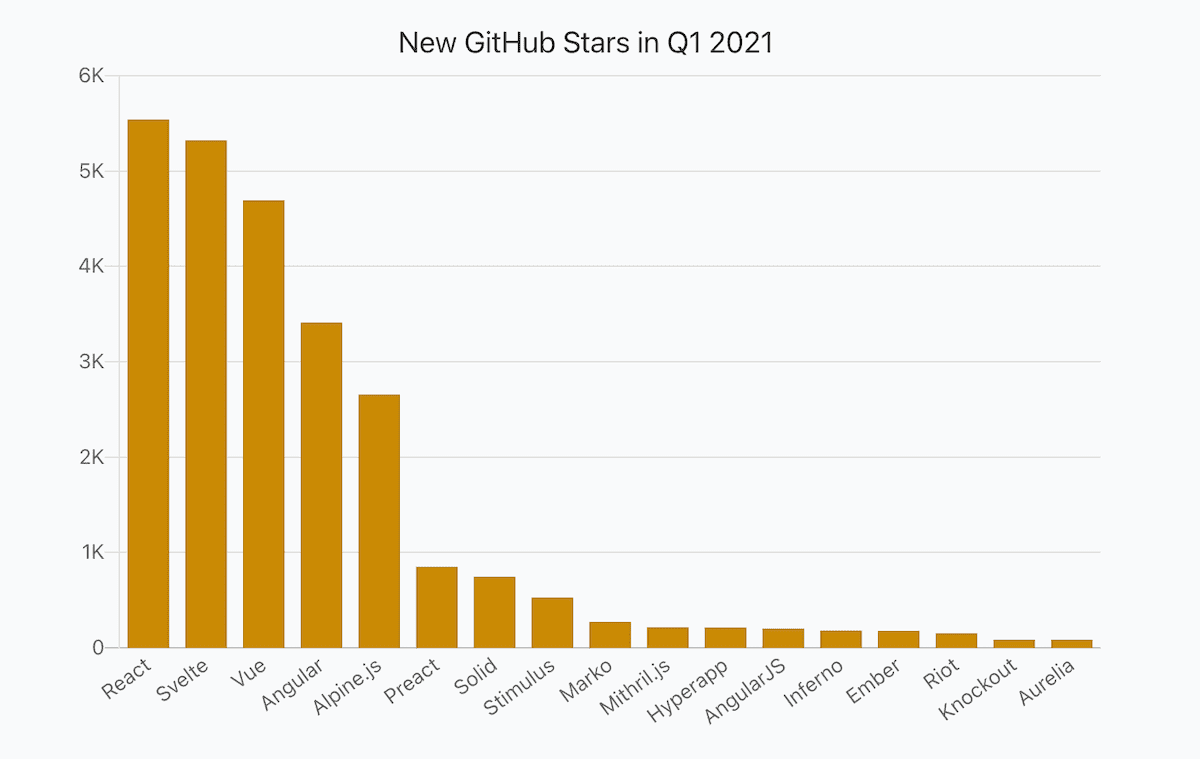 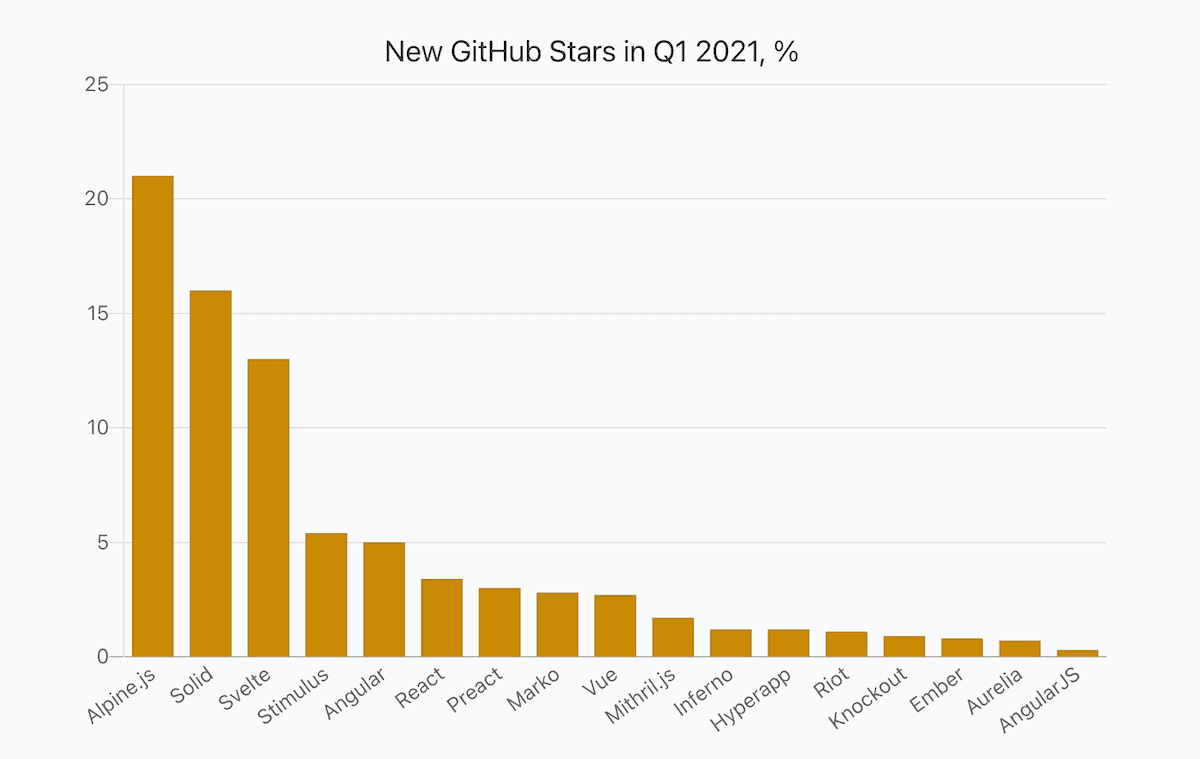 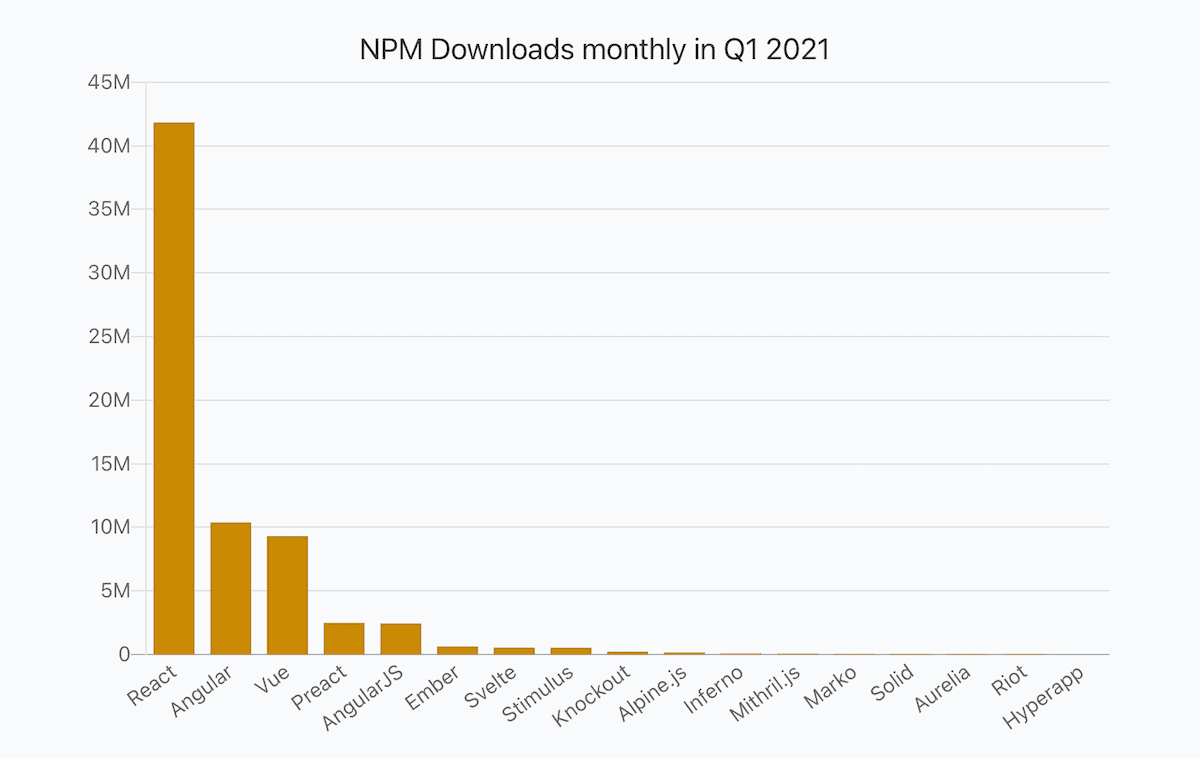 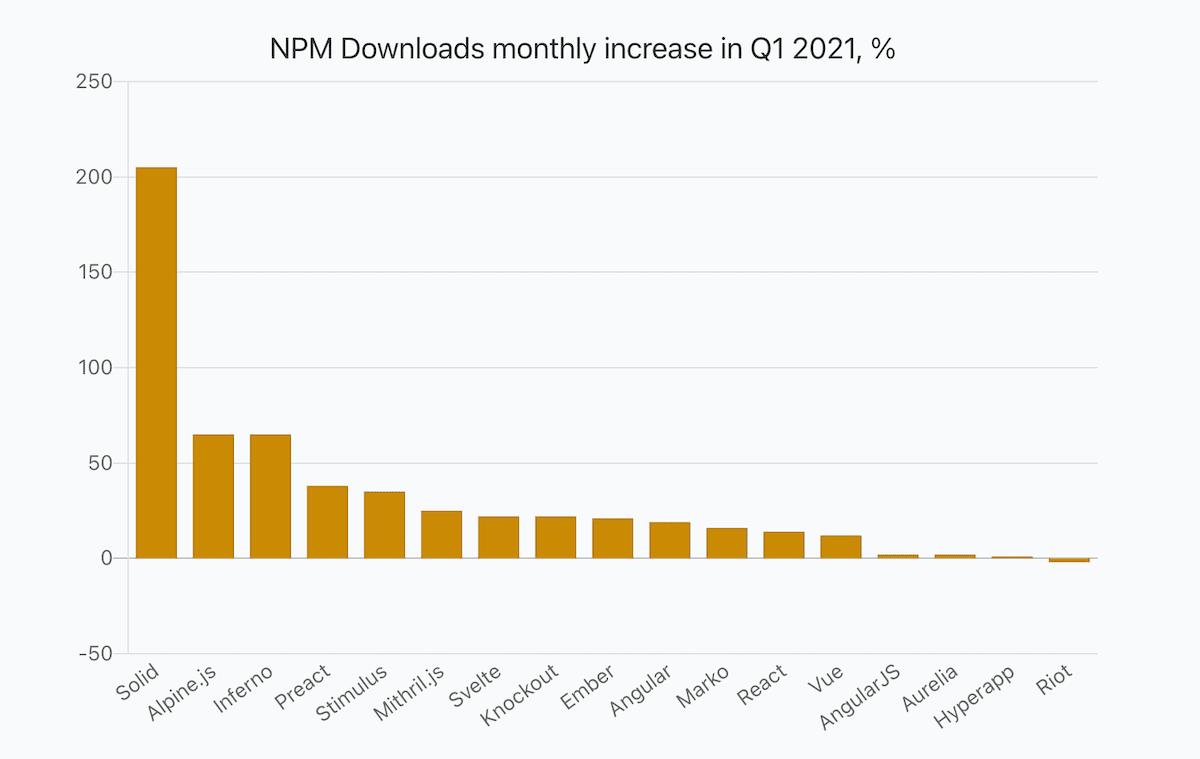 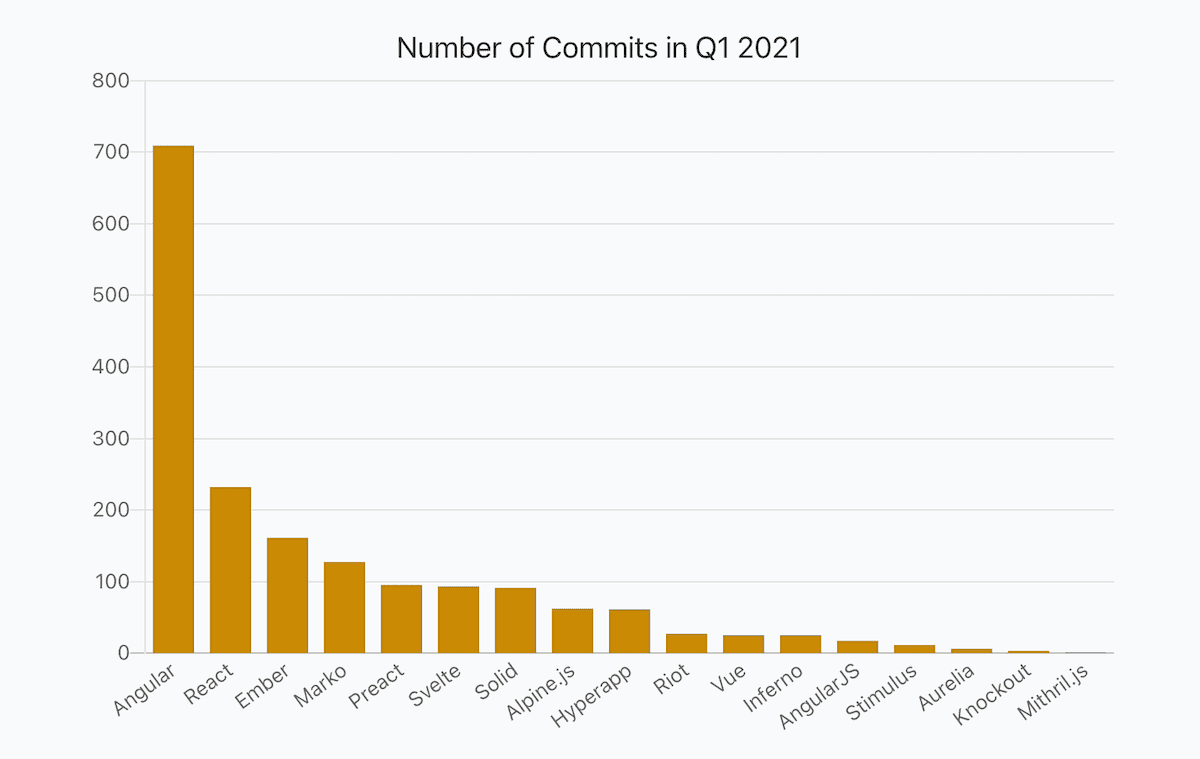 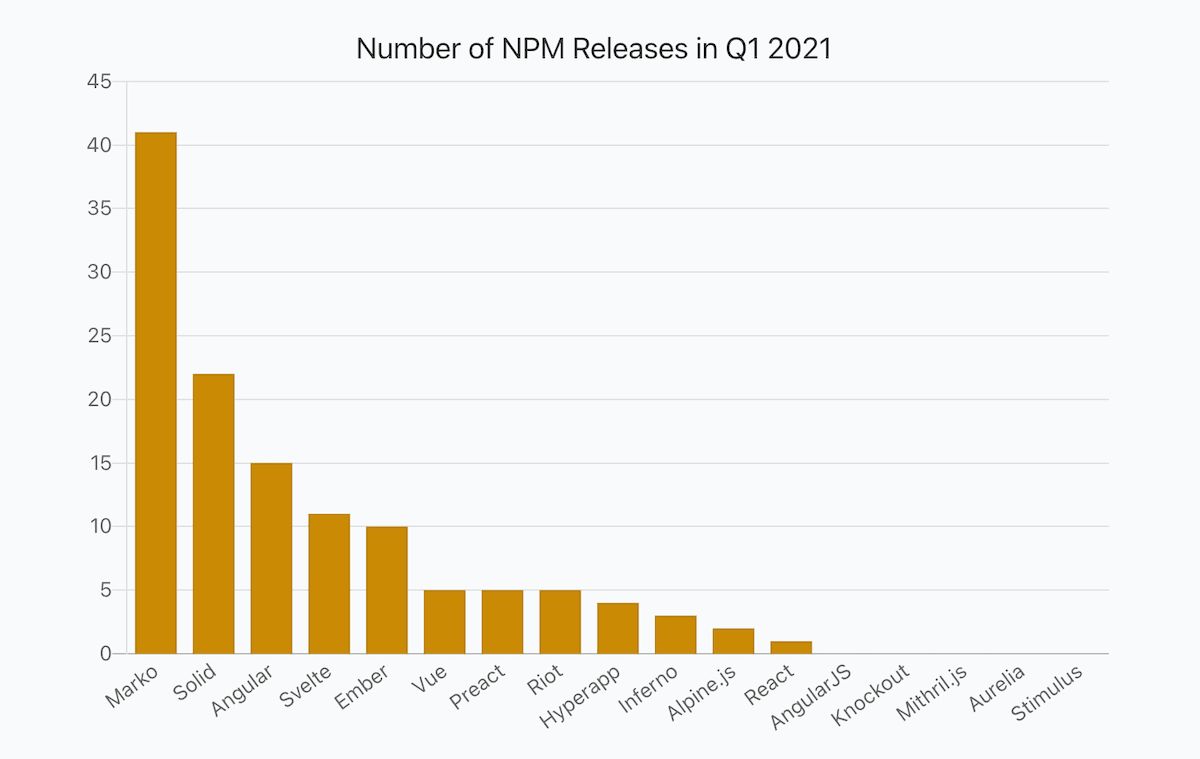 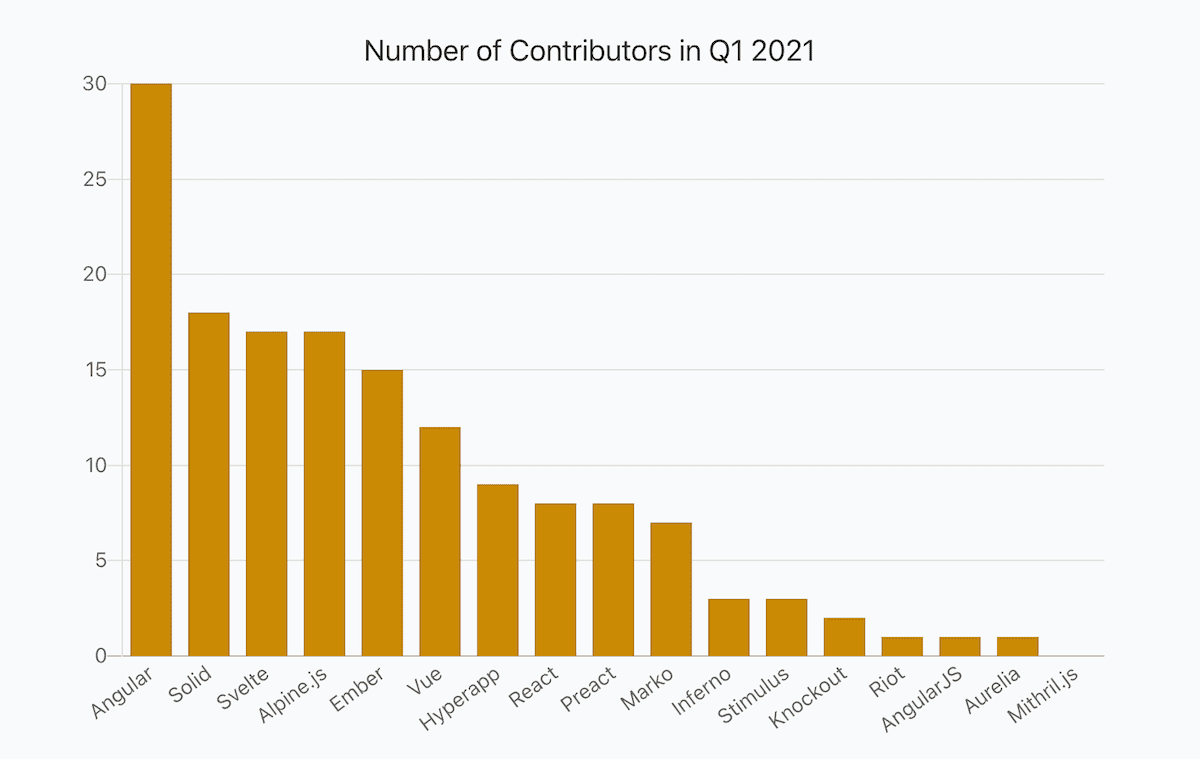