It was 5 years ago when Matt Biilmann, CEO and Co-founder of Netlify, announced the concept of JAMStack. The concept proved to be very useful for many use cases.

JAMStack approach continues conquering the world. Probably all major frontend frameworks support now server-side rendering out of the box and there are solutions that simplify building JAMStack websites with a frontend framework of your choice.

JAMStack tooling continues to evolve and mature. With this report, I wanted to show the current state of JAMStack tools, their stats, and trends based on fresh Q1 2021 data. To make a picture more complete I aggregated data from different authoritative resources. 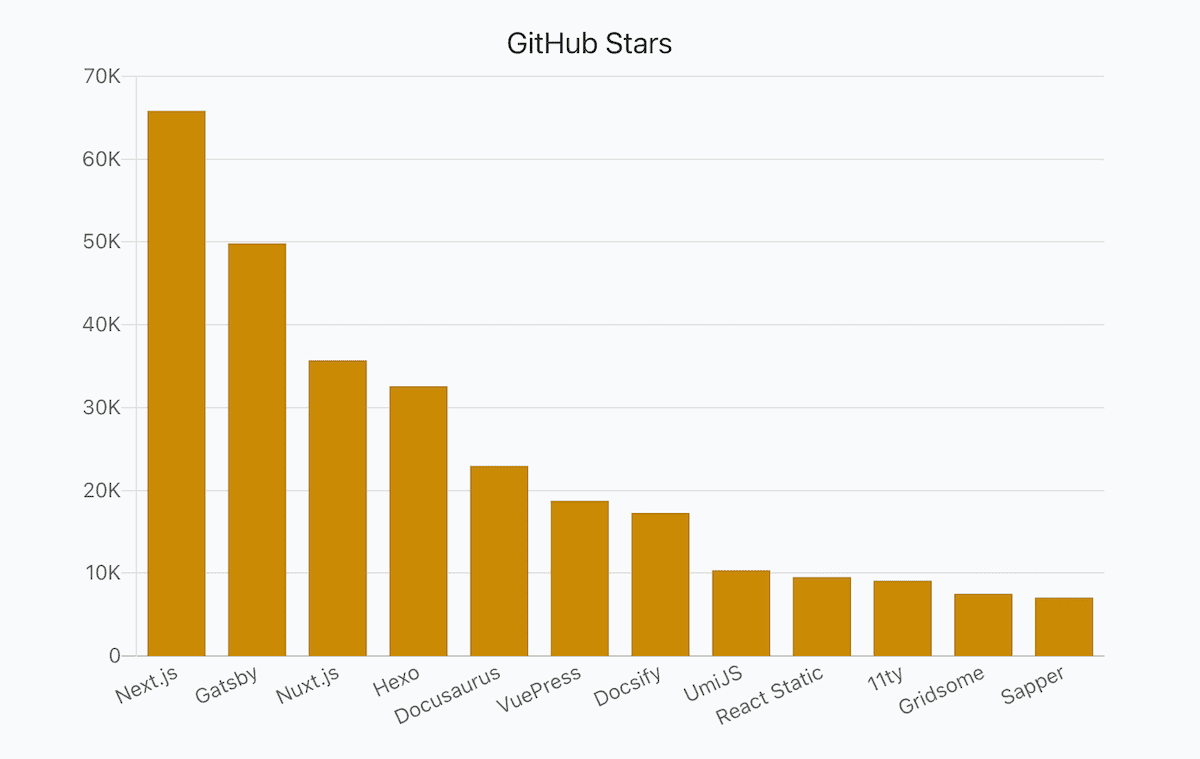 Next.js got 6.3K stars in Q1 2021 and outnumbered competitors by a convincing ~4K stars margin. 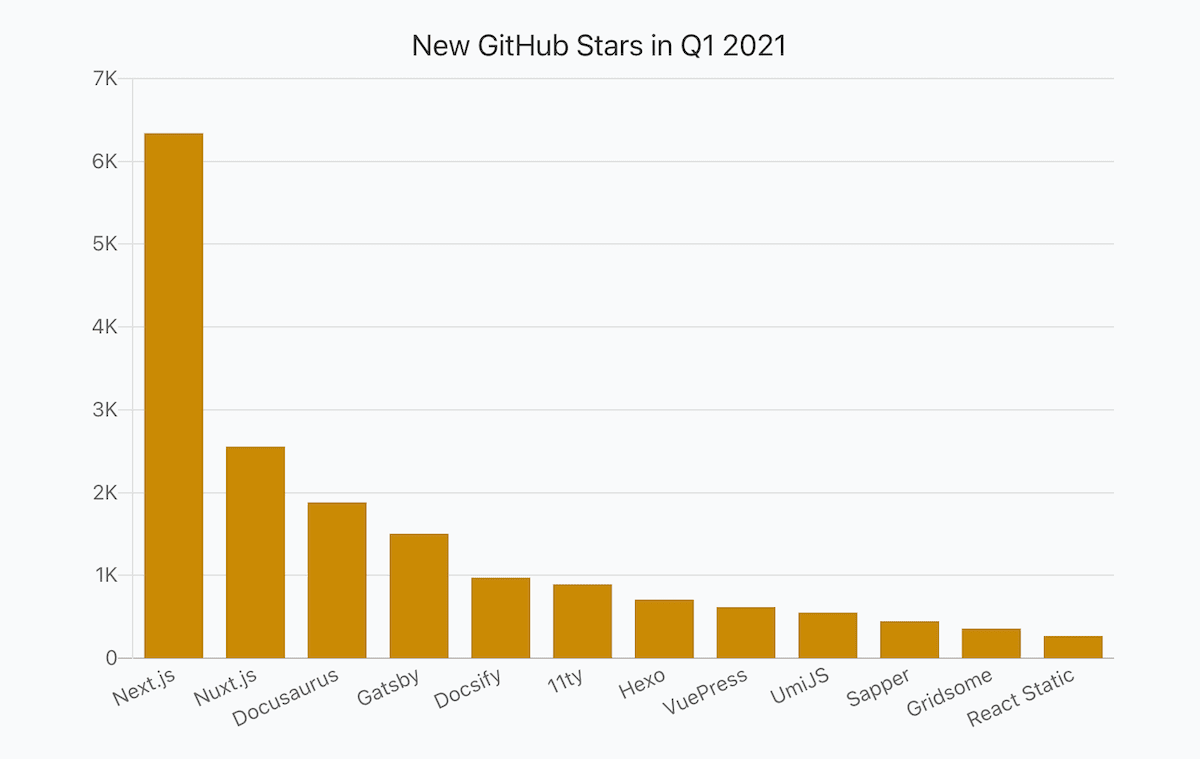 Comparing relative growth, Next.js and 11ty were on par with 11% growth. Though it's important to take into consideration, that 11% for Next.js meant 6.3K stars, while 11% for 11ty meant 891 stars. 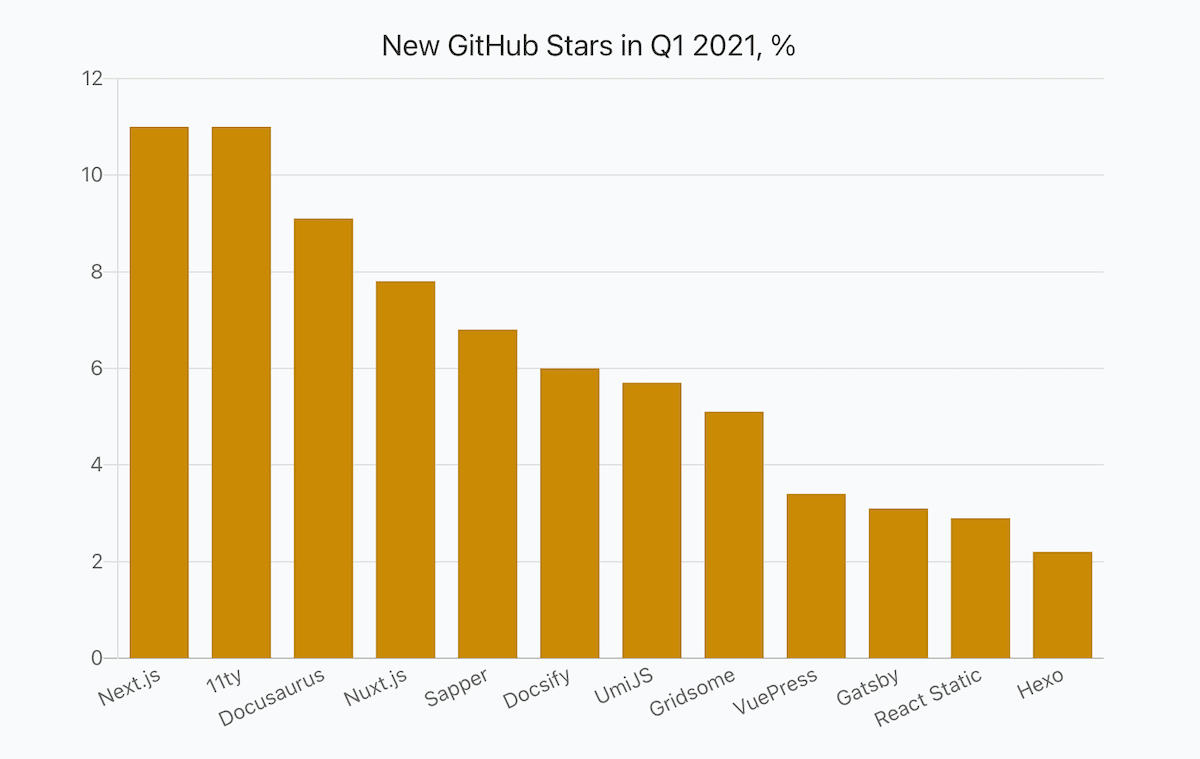 Only 3 frameworks had >1M of average monthly downloads: Next.js, Gatsby and Nuxt.js. 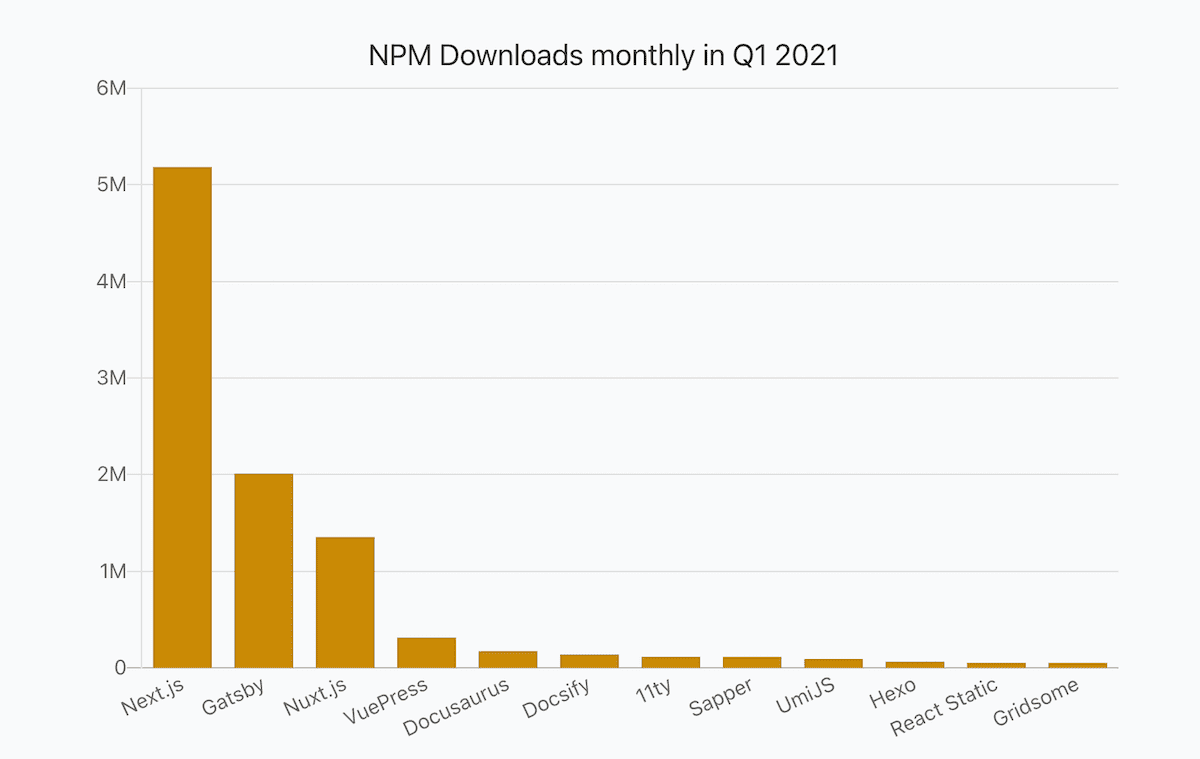 It was a very successful quarter for Docusaurus which NPM downloads almost doubled (83% of the increase).

Downloads of 11ty decreased by 2% which looks strange taken that the number its stars increased by 11%.

React Static seems to be not in a good shape - its downloads decreased by 1% and it got the least number of new stars, 268. 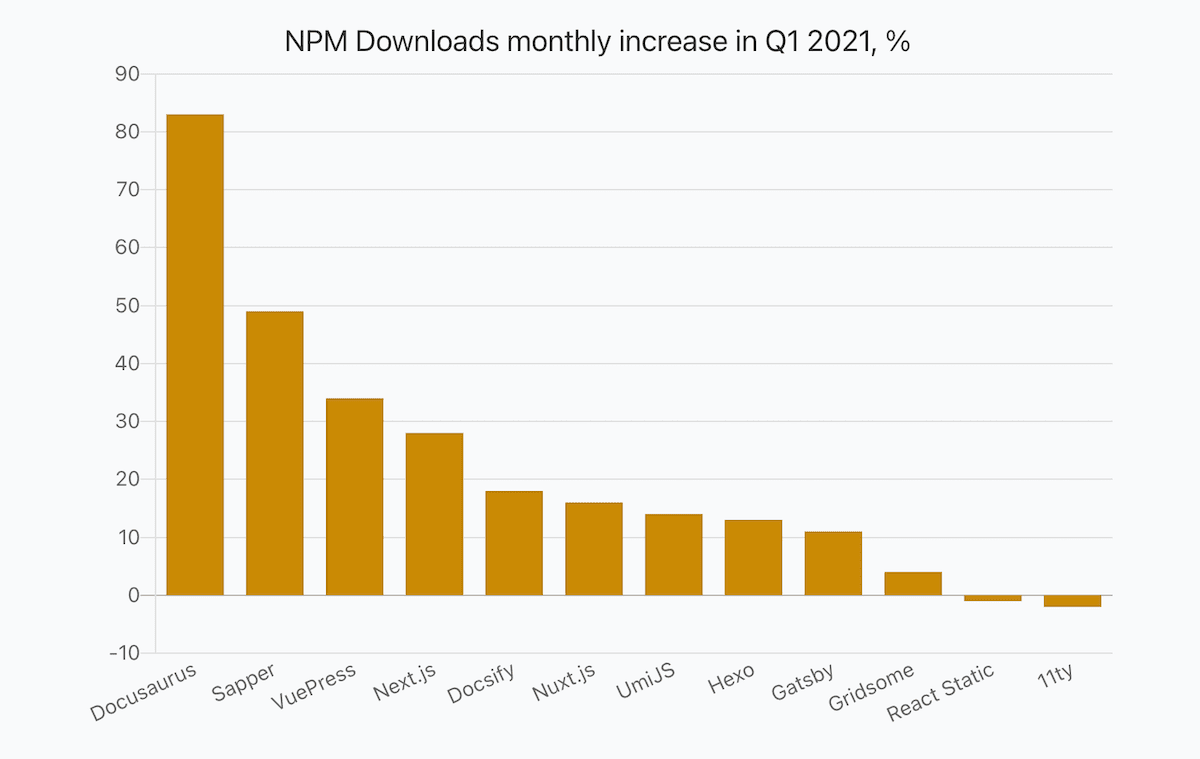 Gatsby, Next.js, and Docusaurus were the most actively developed projects in Q1 2021.

Gatsby got more than 600 commits from 25 contributors. 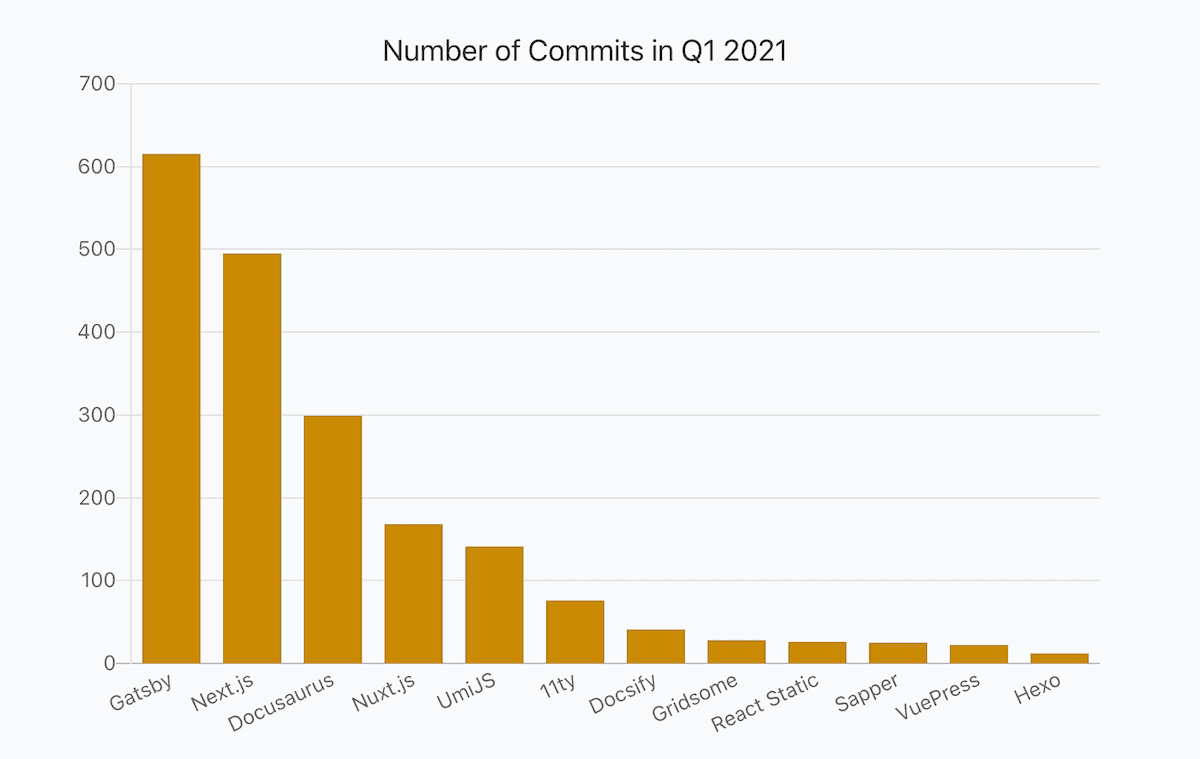 Gatsby was also leading in the "Number of NPM releases" category - it published 28 new versions. 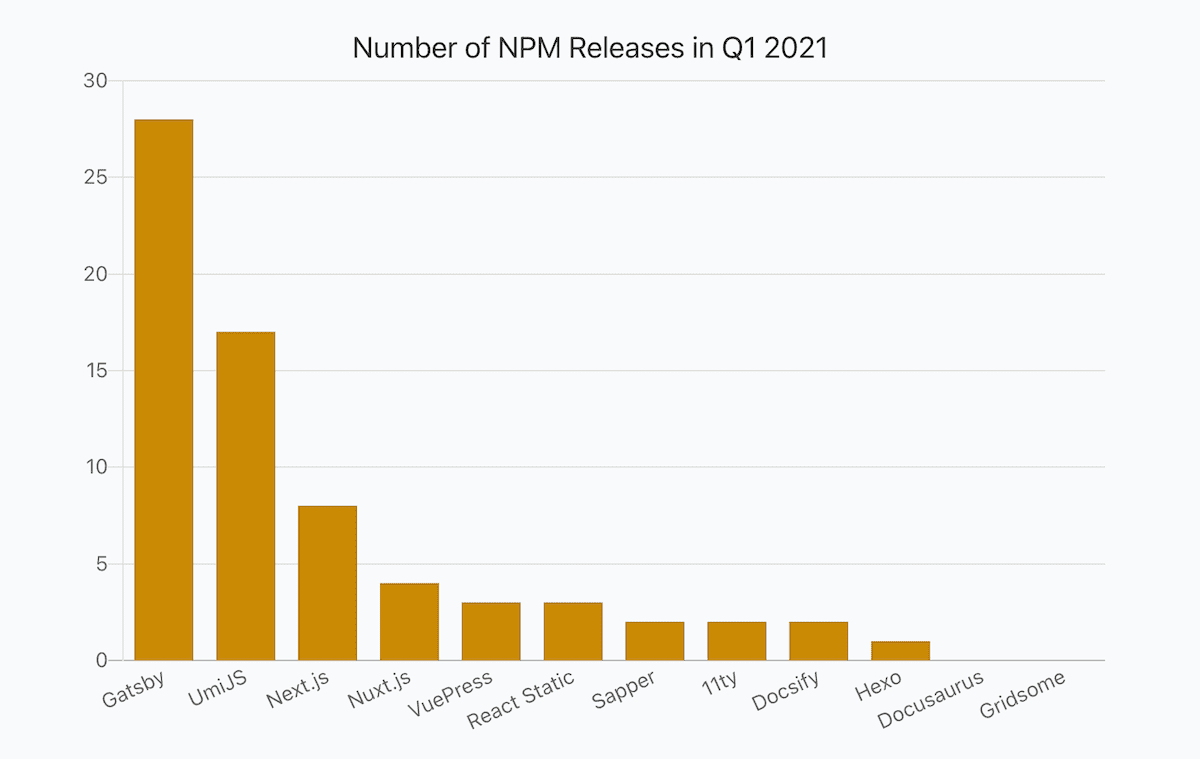 26 developers contributed to Docusaurus repository in Q1 2021. That number supports the trend of Docusaurus being widely adopted. 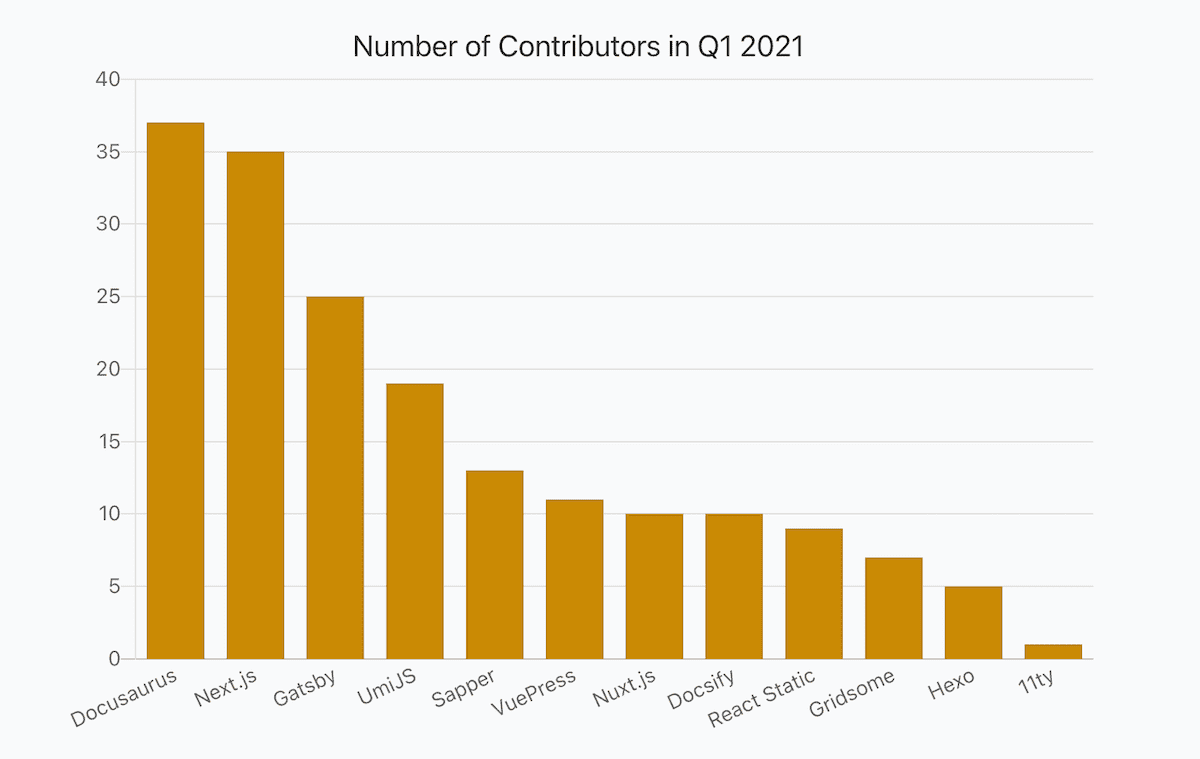