This is a December report on the progress of Moiva.io.

There were no major feature updates in the last two months (I skipped November update), mainly because I was busy rebuilding my website alexei.me with VitePress. I also set up a blog there and published a new article "State Management: Separation of Concerns".

I was so excited about VitePress, that I migrated Moiva's blog from Hugo to VitePress as well. It became much snappier. But more importantly, I can write the blog now with Vue+Markdown and it integrates nicely into the Moiva's project.

Thoughtworks released a new version of the famous Tech Radar. I incorporated its data into Moiva. 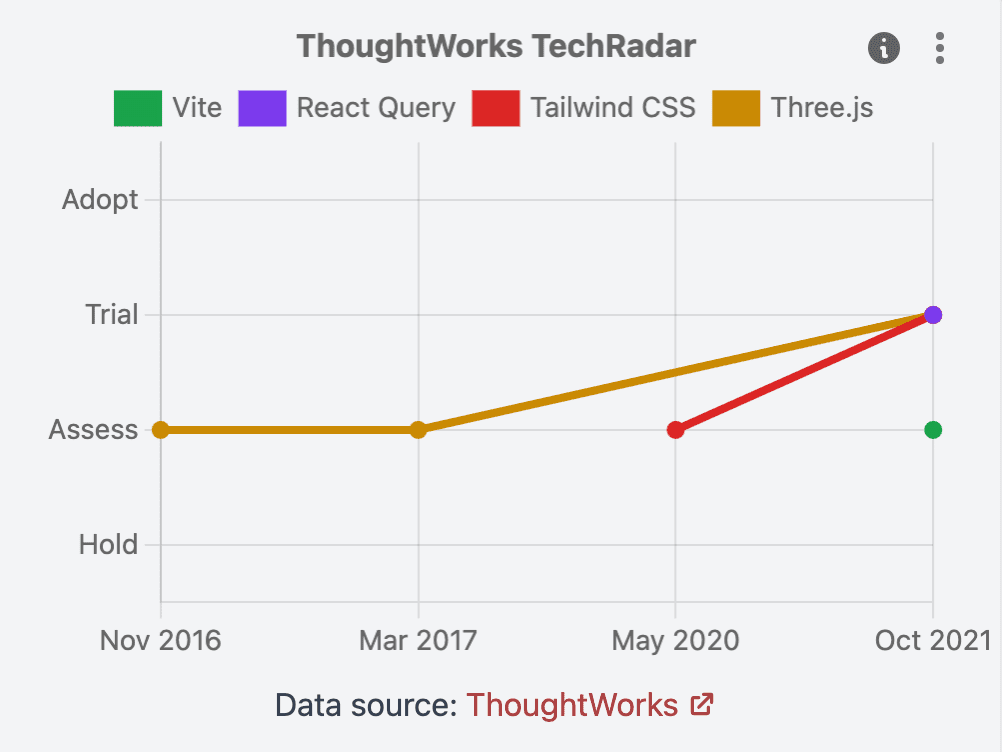